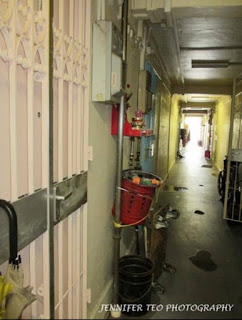 I used to slept in this one room HDB flat until I was 27 years old, every night about 11.30 pm took a cardboard to the end, if raining moved further inside, 4 am woke up to help my mom run the food stall. a blogger describe how is the one room flat corridor:
//timesofmylife.wordpress.com/2007/08/24/1-room-flat/

Quite similar to the photo by Vivian Pan facebook.com/vivianpjy, which I used to bring the cardboard out to sleep

The amazing interview by One FM of my incredible experiences:
http://henryleongblog.blogspot.sg/2015/11/my-amazing-interview-of-my-story-

My mother brought me to a discussion meeting when I was a few years old in the 1960s. After that, because my mother was very busy with her business as a street seller and because she didn’t understand much about the practice, we had lost contact with the law.Our family went through very difficult times — my father died of illness, when I was very young.

All 10 of us lived in a one-room rental flat: my mother, younger brother and sister, two older sisters and four nieces and nephew. The room was always burning hot because my mother used to cook all the food for her business. We were not harmorious and my mother and sisters were suffering from serious karmic illnesses. We lived in poverty.

We were on social welfare earlier when our dad died, many times we have only dark sauces and white rice for our meals. And picking cans for a living.  With such serious problems our family was not harmonious, I constantly scolded by my eldest sister and my mom. I was asthmatic during my younger days which causes my parent sufferings and sleepless nights to take care of me.

My mom used to chain up me to prevent me  to playing in the Pelton Canal beside our house, she worried I will be washed away, if it rains heavily, when the canal swelled rapidly and the current were swift.

Every night I got to wait until 11 plus pm for my neighbors to sleep, then I could brought the cardboard  out to the end of the corridor to sleep, for 20 over years, and everyday 364 day I got to wait up at 4 am to cycle my mom in the tricycle and the food from my house at Mattar Road to our stall at Sims Drive and later cycled to my school at Upper Aljunied Technical School, many times I fell asleep during classes.

Recent What's App from Eric Yeo seen me sleeping in the street.


Those years of waking up early in the morning help me to break some free style soccer and cycling feats records. Until I started practicing, things begin to improve in 2 years time I am able to buy a 3 room flat to enshrine the gohonzon.
My recordbreaking freestyle football juggling story:
footballjugglingrecord

My mom illnesses was very serious she got to use her hand to hang on to my shoulder on Monday, Wednesday & Friday to consult the doctor at General Hospital, she got operations all over her bodies and her blood was dark in colour due to the massive amount of drugs she consumed. I kept reading books from morning until night to find a solutions to my family problems but  at no avail.

As a boy, I kept playing soccer to escape from my family problems. Fortunately in 1986, I met Eric Yeo which he brought me to his leader Richard Sim to practice the Buddhism.

In Singapore our campaigns were home visitations and shakubuku, National Day Parade, numerous cultural shows and offerings. I gave lots of reading materials to members to help them to strengthen their faith. I kept reading testimonials, various articles and chanting millions and millions of daimoku  and I kept trying to put everything I learned into practice. I wrote down my wishes in a piece of paper with the plastic holder and put it in front of the altar to chant.

Things begin to improve: my mother used to give me $4 per day for helping her to run the stall. she mystically increased it to $13 a day by her ownself, previously she could not even want to increase my allowance by even a dollar.

Because she want my brother, younger than me 6 years old to concentrate on his study, she asked my brother to stay in my second sister house and asked my sister to bring her 4 children to our one room flat to stay.

Before that she refused to let me buy a house to wait until my brother graduate later, mystically I made some offerings I came back from kaikan, she agreed to let me to buy a house. 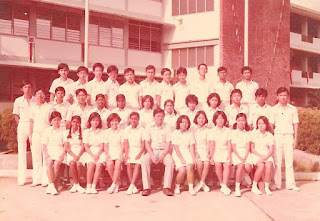 As my faith strengthened, I prayed for better opportunities. One person asked me to join Singapore Press Holdings, which sponsored my National Trade Certificate II course. I begin to pray for a bigger place to enshrine the Gohonzon. After two years of practice, I was able to buy a three room flat. This had previously seemed impossible.

At Singapore Press, I was selected from among my course mates to set the printing rollers — this job needed very high skills. I was also chosen to maintain the machine for the last six months of my course. All these years I had been chanting one hour per day. In my younger days, bicycles and football had been my constant companions, and morning till night I was outside of the house. 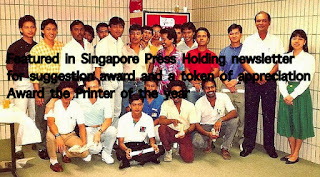 The skills which I learned during my younger days in repairing my  bike, help me in my work later. Some of the skill that helped me solve the machinery problems even amazed myself. I was given the Best Suggestion Award and a token of appreciation and was featured in the company newsletter. I was also given the Printer of the Year Award. The company profits had multiplied five-fold during the time I was there. Which I had consistently chant one hour of daimoku per day.

I left the company and started my own business. It was doing well until 1997 when I lost most of my money in investments and in getting married to a foreign wife. But, with the Gohonzon, there’s no deadlock.

My wife lent me money, her sister striked lottery lent me money to pay the bank, which I later paid back and some friends helped me out with the finance. I then turnaround and make a lump sum in 1998 and able to buy a house for my marriage. During this difficult period, I went to Geylang Kaikan and chanted up to seven hours of daimoku per day. 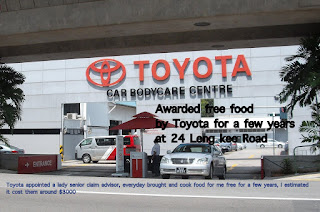 I went to work night at Toyota in the night. I transferred my knowledge of maintaining and overcoming machinery problems to the mechanic. While I worked there, the company profit multiplied a few times. In fact one of the Toyota  Senior  Lady Claim Advisor was asked by the management to buy and cook breakfast for me, free nearly every morning for a few years.

Prior to my practice, I was featured in the newspaper due to my bike skills and ball juggling skills. One year after starting to practice, a TV broadcast also showed me doing some of these stunts. I was able to juggle a football three thousand times with all parts of my body (except my hands) for more than one hour non-stop, without letting the football drop. What a benefit from gohonzon

I was amazed by my feats which I starting to  practice that year, Eric Yeo and hundreds of student of Woodsvilles Secondary School saw it.

Through consistent practice, I am able to have a harmonious family and all my siblings are able to own their own properties. Most of them are practicing. My wife and her family members are also practicing, and we have two cute sons, which makes me overjoyed. I have had the good fortune to holiday in many countries to fulfill my childhood wishes.
https://henryleong.files.wordpress.com/2014/01/364.jpg

My both sons and wife are active in the organisation, my elder in 3 years was in his school Principal Honour List and was best in science in secondary 2, my younger son excel in his maths, both received numerous scholarships.

My elder son got amazing result in his O Level and was on scholarship. Both conducts were rated Very Good or Excellent by their teachers.


After chanting one member I met in my work place introduce me to investment in 1990. Another benefit from gohonzon

My mother and my three sisters had greatly reduced their karmic illnesses and my brother, 2 sisters and sister in law are active in the organization.

Through struggling to fulfill our missions, we are able to live a life of happiness and complete fulfillment.

My favorite Gosho was “Unseen Virtue and Visible Rewards.” I am always encouraged by Sensei’s words, that if you struggle very hard for kosen-rufu in your youth, in the future you will enjoy life more than anyone.

When setting our goals we need to keep practicing hard and to make causes toward it. We should never give up trying to have our prayers answered.


Bring up my highest potential:
http://nichirendaishoninbuddhism.blogspot.sg/2014/08/amazing-power-of-gohonzon.

My compilation of most amazing testimonials of the world and some editing from the ladies:
https://www.dropbox.com/s/0rj7u8usmicsmot/AmazingTestimonialBook

If some one wishes expert view on the topic of blogging and
site-building then i advise him/her to pay a
visit this webpage, Keep up the nice job.

Thankks a lot for sharing this with all people you really know what you're speakinjg about!
Bookmarked. Please additionally discuss with my websitte =).
We may have a hyperlink alternate arrangement among us!

Just want to say your article is as astounding. The clearness to your
post is simply great and that i can assume you're aan expert on this subject.
Fine along with your permission let me to grasp
you RSS feed too stay uup to datte with imminent post.

Heya are using Wordpress for your site platform? I'm new
to the blog world but I'm trying to get started and set up my own. Do you require any coding expertise
to makie your own blog? Anyy help woul be really appreciated! 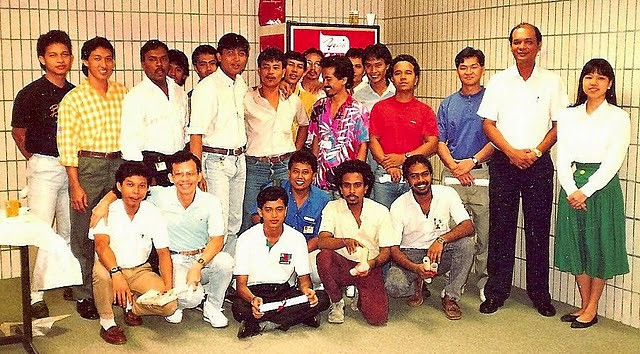 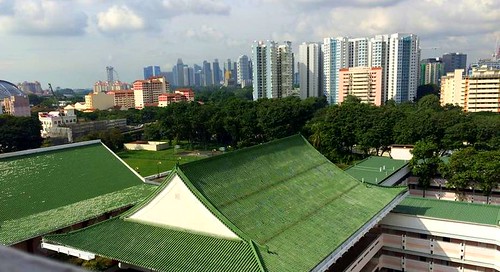 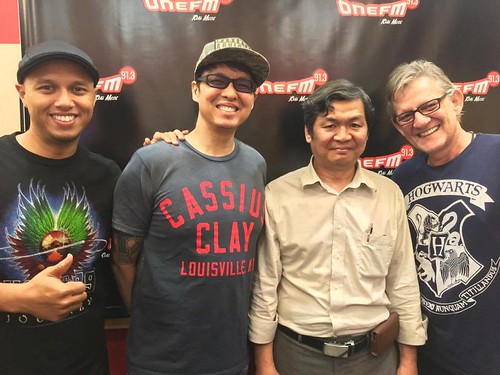